Working on and around boats is a very dangerous business. Since the 1920s United States has had a special law that allows sailors who are involved in accidents or become sick to get compensation from the companies that employ them or operate the ships that they served on. This law is known as the merchant Marine act of 1920. It is more commonly known as the Jones Act. If you have been injured while at sea, chances are the Jones Act will play important part in getting the compensation for your injuries that you deserve.

Who Qualifies Under the Jones Act? 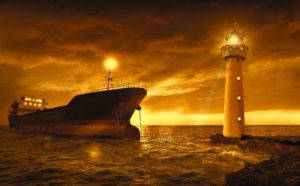 The federal courts handle most Jones Act cases. Federal courts have largely decided that the term seaman means someone who is assigned to a vessel or a fleet that operates in navigable waters. This would include major rivers, lakes, and oceans. Additional qualifications to being a seaman include performing work that is related to the ships purpose and spending a significant amount of time on the vessel.

One of the major difficulties in Jones Act accidents is deciding what it means someone has been a significant amount of time on the ship or vessel. Some for the courts use a role that someone must spend at least 30% of his or her time on board a ship to qualify as a seaman under the Jones Act. But not all federal courts follow this rule of thumb. It is possible to spend more than 30% of your time on board ship and still have a court decide that you have not spent a significant out of time and did not qualify as the seaman under the Jones Act.

If you have been injured on or around a ship you need to contact a qualified maritime attorney or personal injury attorney with experience in dealing with Jones Act accidents.

The Jones Act covers men and women who work on a ship regardless of how minor a role they play, so long as their work is related to the ship’s purpose. Ships can be dangerous places where catastrophic injuries can occur. Some common types of Jones Act accidents include:

These accidents can be caused by a variety of factors. One of the common sources of Jones Act accidents is human error. Because men women aboard ship often work long hours, perform difficult tasks, and regularly deal with heavy equipment, the injuries in these accidents can result in permanent disability or death.

On any given day aboard any given ship there will be countless minor injuries and mishaps. Many common injuries will not warrant any type of claim. However, when a serious accident does occur, or when a minor accident produces a serious injury, it is essential that the sailor and his or her family get compensated for lost wages and the pain and suffering they endure from the accident.

Some common types of injuries suffered in Jones Act accidents are:

The remote nature of work on a boat often makes getting proper medical care much more difficult. This will often result in injuries is becoming infected or being more severe and if they had been treated promptly. 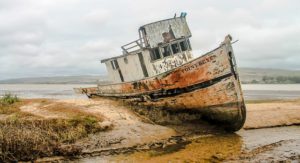 Trying to make a claim for Jones Act injuries can be a complicated process. While the act allows for seaman to recover damages beyond those in a normal worker’s compensation case, they must first prove they qualify under the act.

The injured worker must then show that the employer or owner of the ship was negligent. This may mean they failed to provide a reasonably safe place to work or that the ship or equipment on board was not properly maintained. Under the Jones Act ships are required to be seaworthy. If they worker is injured by one of his or her coworkers the Jones Act would also provide an avenue for the injured worker to recover damages from the employer.

Unlike standard negligence cases if you can prove that you qualify under the Jones Act the burden of proof is much easier to satisfy. However, the injured worker has to make sure they are bringing their claim for any Jones Act accidents in the proper court.

Workers injured in Jones Act accidents need to find a maritime law personal injury lawyer to help them. You do not need to face making a claim by yourself. Contact us and let us help you find an experienced lawyer with a proven track record of success.

No Fees Ever Until You Are Awarded Money