Injured In A Scaffolding Accident?

Scaffolding is a structure usually made out of metal that is put up on a construction site for multistory buildings to allow construction workers to either build or repair the structure, whether it be a bridge a building, or other man-made structure. As with many things on the construction site, scaffolding can be dangerous and cause injury to both the workers on the job site and the general public.

Who Is Most Likely To Have A Personal Injury Claim Due To A Scaffolding Accident?

Types of Scaffolding and Their Challenges 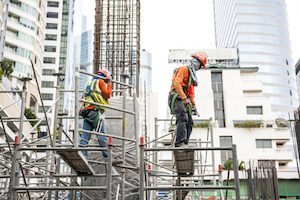 Although the scaffolding people think of is generally metal there are several different types of scaffolding that can be used on a construction site depending on what is being built were repaired and each type poses its own safety risks that can lead to injury.

The most common types of scaffolding include:

Weight Loads and Inspection of Scaffolding 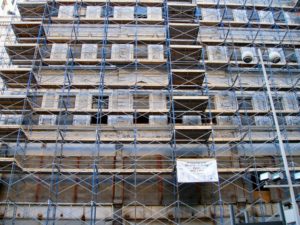 New York has specifically protected both construction workers and the general public when scaffolding is used due to the frequency of accidents surrounding scaffolding. Under the law, tenants, landlords, and building owners are liable for accidents that occur due to tools or individuals falling off scaffolding. The scaffolding law also provides additional protection for construction workers as it puts liability on the property owner to ensure that the job site is safe. However, it is important to understand that the scaffolding law only applies to very specific jobs and situations including:

Who Is Responsible for Scaffolding Accidents?

If you are a construction worker who falls or is otherwise injured by scaffolding it can become a workers compensation claim. However, you may have to sue your insurance company or your employer itself to receive those benefits. If you can prove that the company was negligent in erecting or using the scaffolding and you as an employee got injured because of it you may be entitled to additional compensation.

If you are a member of the general public who gets injured when scaffolding either collapses or tools fall from the scaffolding you can go after the property owner, tenant or landlord hired a contractor to do the work to recover from your injuries.

It is essential that you speak with a personal injury lawyer about your case as soon as possible after the accident occurs to ensure that you understand your rights fully and that you preserve your right to sue if necessary.