What Is The Mormon Church?

Mormons belong to the Church of Jesus Christ of Latter-day Saints, consisting of over 15 million members throughout the world. The LDS Church is structured in a manner which allows male members to reach a position of “priesthood holders.” The Mormon Church is known for an insular tradition with a peculiar culture. The male hierarchy within the religious community sets the “priesthood holders” in a position of power over other church members.

Coverups of Sexual Abuse Within the Mormon Church 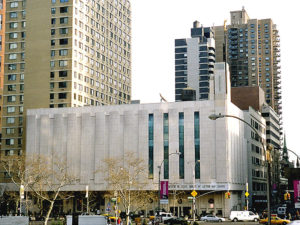 LDS church members are considered Christians. Males holding authority have a “calling” to leadership and therefore are held in trust within the church. This reverence for select leaders often leads to abuse of the most vulnerable church members, the children. Child abuse within closed organizations can become especially systematic when officials deal with accusations via internal investigations.

Mormons that have abandoned the LDS church must sometimes recover from the culture of Mormonism as well as a history of childhood sexual assault. A lack of transparency within the church, as well as a firm resistance against outside intervention, can result in perpetrators being disciplined privately. Without a typical legal process by outside authorities, abusers may often continue targeting young church members.

The inaction by LDS leaders has taught Mormon children that sexual abuse will generally be tolerated and the resultant trauma is severely heightened. The silent suffering of thousands of survivors of childhood sexual assault leads to a cyclical pattern of abuse. Accusations of child abuse against clergy members are usually coupled with allegations of active cover-up schemes by churches.

What is the Child Victims Act?

The response to this epidemic of child abuse by the state legislatures has been an implementation of reform to sexual assault laws. The most significant change is a “lookback window” of two to three years which allows survivors of childhood sexual assault to legally address incidents of abuse and extend the statutes of limitations. Due to the limited opportunities to file lawsuits in civil courts, survivors must act immediately. Given the increase in Mormon survivors voicing their accusations of childhood sexual assault, many criminal investigations against the LDS Church have been made public in recent years. 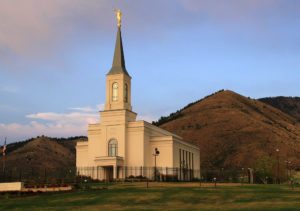 States such as California, New York, and New Jersey have led the way for legislative reform in childhood sexual assault laws. In expanding the statutes of limitations for child abuse claims in these states, legislators have effectively recognized the substantial delay in survivors’ reporting these crimes. The new flexibility of child abuse laws allows justice to be served against abusers and complicit organizations.

With thousands of lawsuits being filed across the country, it is expected that additional Mormon survivors will step forward against the LDS Church. Increased media exposure to this social disease will aid in closure and healing for thousands of survivors of childhood sexual assault. Moreover, as a society, citizens must begin to seriously question the strong authoritarian culture of churches and how it enables the victimization of its youngest members.

Our firm of child sex abuse attorneys is prepared for sexual abuse class action lawsuits. Sexual predators take advantage of situations where they can manipulate a child into going along with their selfish and sick abominable desires.

Many survivors have come forward to report sexual abuse at the hands of leaders and members of the Church of Jesus Christ of Latter-Day Saints. If you have suffered, you have rights under the law, and our attorneys will fight to ensure you get the justice and maximum compensation you deserve.