Going to the doctor or hospital is never fun. However, when you do have to visit, you expect that the doctors and other healthcare providers act in a reasonable manner when it comes to your care.

What is Medical Malpractice? 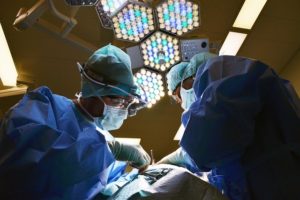 Medical malpractice occurs when a doctor or other healthcare provider fails to act in a reasonable manner, and this leads to a patient’s injury or death. Generally, to prove it, four elements must be established:

If these elements are proven, the healthcare provider is said to be negligent.

Examples of medical malpractice are as numerous as they are horrific. They include:

Am I Eligible to File a Lawsuit?

If you received medical care and suffered complications, you may be able to file a medical malpractice lawsuit against the physician, other healthcare providers, or the facility providing the care.

What Type of Compensation Could I Receive?

If you’ve suffered medical complications as a result of medical malpractice, you may be entitled to three types of damages: economic, non-economic, and punitive. 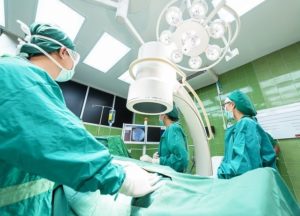 These are compensation for expenses directly attributed to the injury. They include past and future medical expenses, lost wages, and diminished earning capacity.

While past medical expenses may be quantified through hospital bills and similar documentation, future medical expenses often require the testimony of an expert. This expert will examine the victim’s medical condition and testify as to the future necessity of:

Lost wages, similar to past medical expenses, can also be readily quantified through pay stubs. However, diminished earning capacity is more difficult – it refers to the decreased ability to earn a living due to long-term issues associated with a severe injury. It’s common to hire an economic expert to assess the specifics of the victim’s employment prospects, including:

All this information helps the expert testify as to the diminished earning capacity of the victim.

These are awarded to the victim to compensate them for the pain and suffering associated with the injury. In determining them, a jury may consider:

You may be entitled to punitive damages if the healthcare provider engages in intentional misconduct or has a conscious disregard for your safety. For example, if a doctor operates while drunk, this could result in punitive damages.

Rather than compensating the victim, punitive damages are designed to punish the wrongdoer and deter others from similar misconduct. The extent to which they are awarded varies significantly depending on the state you live in.

Many states have a very short statute of limitations. If you’ve suffered an injury due to medical malpractice, hire a medical malpractice lawyer today so that they can assess your claim and file any necessary lawsuits in a timely manner.

When the medical professional you trust puts your health at risk, it is time to take action. Putting the physician or practice on trial is not only important for you, but for the other patients that the medical establishment treats. After Personal Injury can connect you with a personal injury lawyer who specializes in medical malpractice cases. If you or someone you know suffers from an injury due to medical malpractice, contact us today.