Dr. Reginald Archibald was a professor and senior physician at The Rockefeller University (university) and its hospital. He was employed at the hospital from the 1940s until 1982. He passed away in 2007.

Dr. Archibald has been accused of sexually abusing minors while working at the hospital. Despite multiple complaints about a period of decades, until recently, the university did little to investigate and respond to these allegations.

What is the History of Complaints Against Dr. Archibald?

Beginning in the 1960s, questions began to be raised about the doctor’s conduct. The following occurred:

In 2018, the university’s hospital received further complaints from former patients of Dr. Archibald. They concerned the doctor’s conduct during the 1960s and 1970s while examining patients as part of an endocrinology growth clinic for children.

The university hired a law firm to investigate these allegations. The firm interviewed over 1,000 former patients and witnesses. It released the report in May 2019.

What Did the Report Find Concerning Dr. Archibald’s Sexual Abuse?

The report stated that Dr. Archibald “engaged in behaviors that, we conclude, constituted sexual misconduct.” This included:

Additionally, it appears that Dr. Archibald had several inappropriate photos of his patients and may have destroyed them in the 1980s.

Am I Eligible to File a Lawsuit against Dr. Reginald Archibald?

If you were a minor and a patient of Dr. Archibald at the hospital and experienced sexual abuse, you may be eligible to file a lawsuit. The most critical issue at this point in time is the statute of limitations. This law sets a period during which you can file a lawsuit. Once the period expires, then your claim may be barred.

Currently, New York has the Child Victims Act. This law extends the existing statute of limitations and provides a current window of opportunity. However, this window closes on August 14, 2021. If you are older than 55 and wait until after August 14, 2021, you may not have the opportunity to file a lawsuit.

Can I Sue The Rockefeller University for Dr. Archibald Sexual Abuse?

Yes. There are several legal theories under which the university could be found liable for Dr. Archibald’s sexual misconduct. Two of these are negligence and emotional distress.

Negligent supervision occurs when an employer fails to reasonably supervise an employee. Under New York law, the victim of sexual abuse must prove the following:

Another possible claim is emotional distress. Victims of sexual abuse by Dr. Archibald can argue that the university’s extensive failure over the decades to protect patients from the doctor was so shocking and outrageous that it exceeds the bounds of decency.

How Much Compensation Will I Receive If I Sue The Rockefeller University?

It is not possible to state how much compensation a victim of Dr. Archibald could receive. It depends on many factors. These include the strength of the case, the misconduct that occurred, the extent of injuries to the victim, and the defense presented by the university.

What Types of Damages Can I Receive From Reginald Archibald Lawsuit? 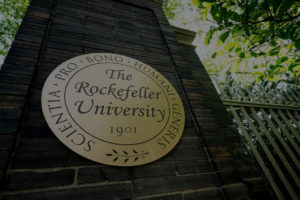 A successful plaintiff in a lawsuit against the university may be entitled to economic, non-economic, and punitive damages.

Economic damages include the medical expenses associated with the injury, such as medical bills and counseling costs. These damages also include income that is lost as a result of the injury.

Non-economic damages compensate the victim for pain and suffering and other related issues like emotional distress.

Punitive damages are fairly rare in New York. They would be awarded only under circumstances of outrage, such as malice or other evil motives on the university’s part.

If you were a patient of Dr. Archibald and were sexually abused, contact a sex abuse lawyer to represent your interests in The Rockefeller University lawsuits. Time is running out because soon the statute of limitations will expire for many of these claims.