If you have been hurt in an amusement park accident, you need the help of a qualified personal injury attorney who knows how to hold amusement parks responsible for their negligence.

There are many ways to get hurt while at an amusement park. Some of the more common types of accidents are:

Slip and fall on food, drink, or other substance

The nature of the ride 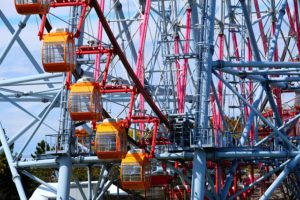 Not all amusement park accidents deserve compensation. To win a claim against an amusement park you have to show that the park or its employees was somehow negligent and that their negligence was the cause of your injury. Some states, such as California, consider amusement parks to be common carriers. This means they a higher duty to ensure the safety of the amusement park guests.

If another park guest is the one that caused your injury, without any intervening negligence from the amusement park or its employees, you will have a difficult time making a claim against the park.

One problem with getting injured at an amusement park is getting fast enough access to medical care. While most amusement parks have nurses on staff, corporate rules may prevent them from being allowed to perform certain functions in the public areas of the park, or even at all.

Making a Claim Against an Amusement Park

Just as with any other type of personal injury, if you are going to have a successful claim for an amusement park injury, you need to meet the elements of negligence. You must prove:

The amusement park owes you a duty

The amusement part breached that duty

The breach of duty caused you injury

Most amusement parks do not have independent insurance companies that negotiate claims in their behalf. Instead, they usually have their own claims department that is geared to making claims go away while paying as little as possible. 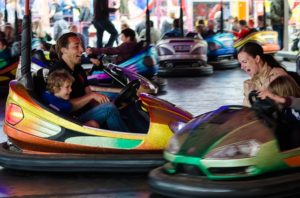 Because the claims departments often know both personal injury law and the specific rules and issues of amusement park injuries better than you, if you do not have an attorney experienced in dealing with amusement parks you will be at a huge disadvantage.

One of the tactics amusement parks use is to get you to settle quickly for a little money and have you sign a confidentiality agreement, to keep you quiet.

But, amusement parks are not above the law. If you have a solid claim and a dedicated personal injury lawyer, you can get the compensation you deserve.

Walt Disney World, also known as Disney World, is a collection of amusement parks, water parks, hotels, and shopping in central Florida. The entire Disney World property is bigger than many cities.

There are many thrilling and technologically advanced rides in the various amusement parks. Sometimes the rides malfunction and people get hurt. 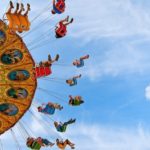 The original modern theme park, this southern California tourist attraction is over 60 years old. Few of the original rides remain. But, the area is now host to vibrant shopping district and a second amusement park. As new rides are brought online sometime mistakes are made and people are injured.

Six Flag amusement parks are scattered all over the United States. They are known for their thrill rides, fast roller coasters, and innovative water rides. Like all amusement parks, Six Flags is not immune to being the scene of several unfortunate accidents over the years.

Busch Gardens operates theme parks in Tampa, Florida and Williamsburg, Virginia. They operate traditional roller coasters and water parks. They have been a family destination for generations. Unfortunately, sometimes people get injured at the parks.