Motorcyclists are vulnerable to many of the same things every driver is: drunk drivers, distracted drivers, and drowsy drivers. But, because motorcycles are smaller and have a less stable center of gravity, they are also more likely to be involved in accidents from:

Drivers often fail to look adequately when maneuvering their cars. Motorcycles are more difficult to see. The combination of these two factors can be deadly. 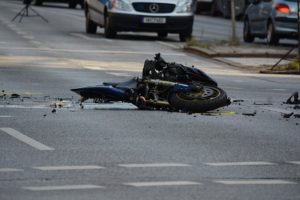 Because motorcycles are exposed to the roadway and the elements, when they get in a crash the injuries are usually more severe. Even when riders are wearing helmets and other appropriate clothing, riders may still experience severe head injuries.

Because motorcycles do not have the safety features such as seatbelts, airbags, or crumple zones, all of the energy of the crash goes into their bodies. Sometimes the most severe injures from motorcycle crashes are not even from the initial impact. Instead, riders often suffer injuries from when they land, after being flung from the motorcycle, or from being run over after the initial impact.

Injuries from motorcycle accidents range from minor skin abrasions and bruises to severe head traumas and spinal cord injuries. Sometimes the injuries never completely heal, leaving riders to live the rest of their lives with the affects of the accident.

Some of the most common injures in a motorcycle accident include:

The legs, ankles, and feet are the most common part of the body to get injured in motorcycle crashes. This is because of the way most riders fall when involved in an accident and because these parts of the body typically have the least amount of protection.

The head and neck are the next most frequently injured part of the body. While studies show that wearing a helmet significantly reduces the rates of death and paralysis, we now know that any head injury could have a long-term impact. Thanks mostly to studies involving football players, neuroscientists have shown that concussions are much more common and much harder to detect.

Concussions can also affect the way the brain works years after the initial impact. Even if you walk away from a motorcycle crash, you may still have injuries that you won’t notice for weeks, months, or even years.

Motorcycle accident claims present several unique challenges. Because injuries are likely to be more severe, insurance companies are often more likely to argue that patients are being over treated by their doctors as away of trying to pay out less money. Insurance companies may also object to paying any extra money for possible future harm from a brain injury. A third challenge in motorcycle accident claims is insurers often try and shift part, or even all, of the blame to the rider. 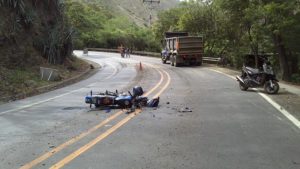 Part of settling an insurance claim is proving your damages. When you have had severe injuries and have a pile of medical records and stacks of medical bills, some insurance companies begin looking for a way around payment. One common technique is to require you to have an independent medical exam. A doctor who has a history of almost always finding that the patient isn’t as injured as the other doctor says or that the prescribed treatment is not medically necessary may perform this exam. Experienced personal injury attorneys know how to deal with these insurance tactics.

Insurance companies do not want to pay for injuries that are speculative. Because so much of the damage from head trauma may be in the future, insurance companies often try and attack the emerging science of concussions, or claim that the future is too uncertain and refuse to compensate the injured rider properly. It often takes expert testimony and a skilled lawyer to get around this obstacle.

One of the favorite tactics of insurance companies to reduce the amount they have to pay out in motorcycle accidents is to argue that the rider was at least partially responsible for the accident. Depending on the case and the state, if the insurance company is successful, it can reduce the amount it has to pay out by the percentage of fault it can attribute to the rider. If the rider was 20% at fault for the accident, they only have to pay 80% of the damages. In some states, they may not even have to pay anything.

If you have been involved in a motorcycle accident, you need to get expert help right away.