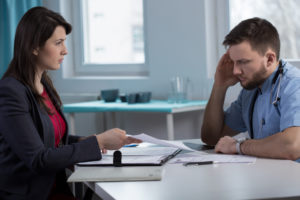 The subject of some prime-time consumer ads is Invokana (canagliflozin), which was introduced with great fanfare and a major marketing blitz to both consumers and medical care providers in March, 2014 as a significant addition to the standard diet and exercise programs that have been shown to be effective in the management of Type 2 diabetes. This condition, also known as “adult-onset diabetes” or “non-insulin dependent diabetes,” is estimated to be a significant health concern in up to 6% of the population of the world’s developed and developing nations (285 million cases), with an estimated 18 million cases in the United States alone. Type 2 diabetes is responsible for 90% of all diabetes cases, far more than Type 1 or “insulin dependent diabetes.”

In the absence of diabetes, the kidneys will selectively return glucose to the body as it filters the blood to remove the harmful byproducts of normal metabolism. In diabetes, the kidneys will reverse this process and “dump” sugar into the urine as the body tries to rid itself of the glucose that accumulates in the bloodstream as a consequence of the abnormal metabolism brought about by diabetes.

Within months of Invokana’s introduction, adverse reaction reports began to arrive at the FDA. Much of these reports suggested that patients who had been taking Invokana were developing a condition known as ketoacidosis, a complication usually seen in insulin-dependent diabetics but virtually unheard of in Type 2 diabetes prior to the introduction of Invokana and its sister medications. As more health care providers began using Invokana, the number of adverse drug reaction reports climbed and soon indicated that daily use of Invokana appeared to dramatically increase a patient’s chances of suffering a heart attack, a stroke, or kidney failure resulting in the need for dialysis.

Despite the increasing number of adverse reaction reports that had been received by both Janssen Pharmaceuticals, Johnson & Johnson, and the FDA the agency approved Invokamet, a combination of of canagliflozin and the well-proven Type 2 diabetes management drug metformin in August, 2014.

Invokana and Invokamet ads, urging viewers to ask their doctors about the drugs, still appear in prime time while the late night ads still appear to be maintaining about a 2 to 1 edge over the earlier spots.

Canagliflozin was developed by Japan’s Mitsubishi Tanabe Pharma and is produced and marketed in the US by Janssen Pharmaceuticals, a unit of consumer products giant Johnson and Johnson. If you or someone you know used these products, contact us today for a free case evaluation.